One can not help but be impressed by the mood and the overwhelming naturalistic pose of Napoleon seen slouching with his arm draped over the back of the chair still wearing his uniform and muddy boots. Delaroche embellishes the scene with maps tossed to the side, his hat dropped to the floor, and his sword abandoned on the table. Delaroche's painting of Napoleon’s abdication became an important visual reference while planning a painting portraying Trump losing the 2020 election without conceding. 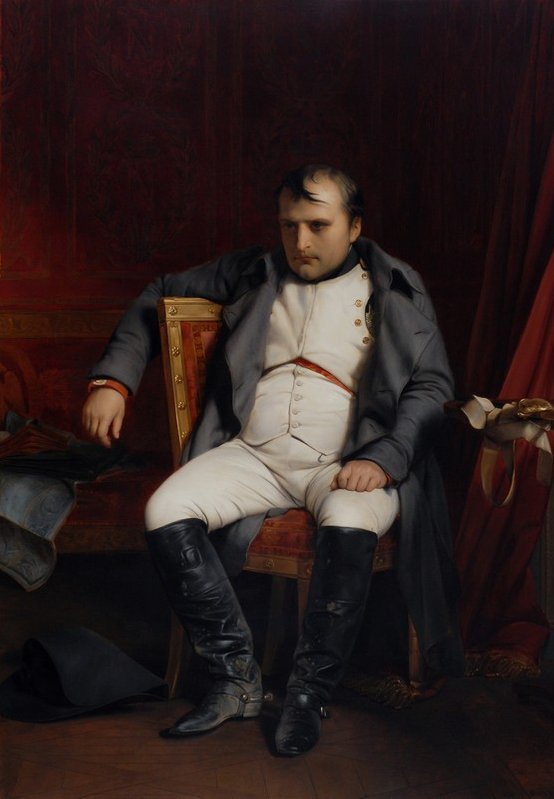 Andrew Johnson, a Democratic Representative and Senator from Tennessee, ran on the Republican ticket as Vice President with Abraham Lincoln. He became the 17th President of the United States of America upon Lincoln's assassination just six weeks after his inauguration. He was the first president to be impeached. After his aquittal, he did not run for a second term. Johnson refused to attend the inauguration of Ulysses S. Grant, the incoming president.

It made sense to include the Portrait of Andrew Johnson in L O S T because he was the first impeached president. The second similarity to Trump is that neither president went to their successor's inauguration. One coincidence that occurred after the selection of this particular portrait of Johnson was that it also shows the Capital Building in the background, which was the sight of the riot and violent attack against the U.S. Congress on January 6th, 2021 incited by Trump. 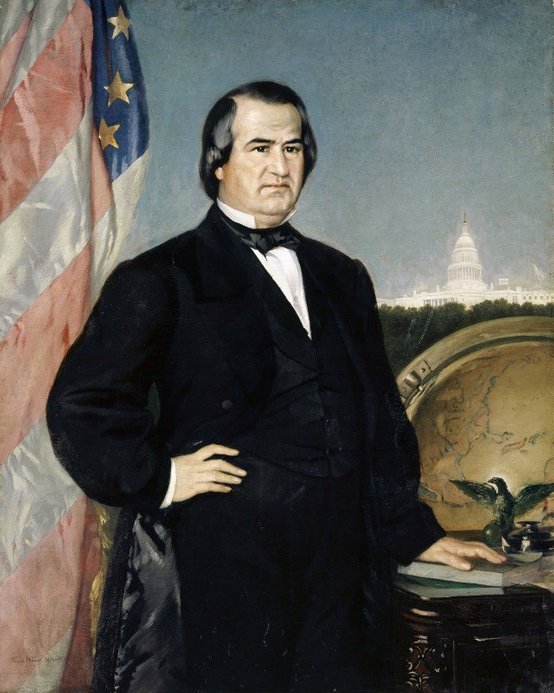